[Troubleshoot] No video output from GPU! 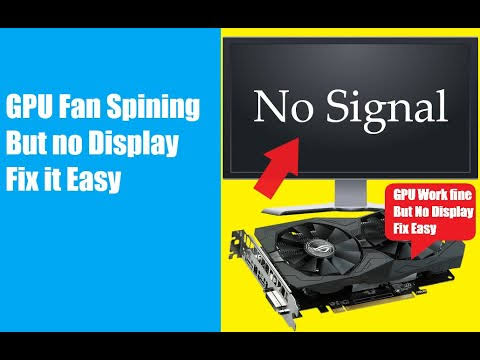 A friend of mine got his RX580 today, he installed the graphics card into the computer without any problems but as mentioned in the title he doesn’t get any video output. The computer powers on without a problem, the fans spin and the motherboard outputs video. We couldn’t figure out the problem so i decided to come on here to ask if any of you guys had any idea of what the problem might be.

I had the same problem with my new GPU a few days ago. I had to remove it again, boot with my onboard GPU (iGPU from Intel) and remove the NVIDIA drivers. Once they were removed I shut down my PC, added my new GPU again and it booted with output. Just had to reinstall the driver and everything worked awesome until now.