Dark Horse has announced a new God Of War comic named Fallen God, inspired by the 2018 reboot of the series. The new comic is designed as a prequel, picking up where God of War 3 left off and filling the gap between it and 2018’s Norse-inspired sequel.

In late 2018, Dark Horse published a different 4-part God of War prequel comic, which explored Kratos’ earlier adventures in the Norse wilds alongside son Atreus. The upcoming God of War: Fallen God appears to be going even further back, to explore Kratos’ fate after murdering Zeus at the end of God of War 3.

“After conquering Zeus and thwarting Athena, Kratos believes himself to be finally free from his bondage,” Dark Horse’s official description for Fallen God reads. “He sets sail for the desert in an attempt to distance himself from his home and his shame only to find his rage and guilt follow close behind. Kratos rages against the one foe that has proven to be unconquerable—himself. But a war against oneself is unwinnable, and only invites madness.”

A preview of the first issue posted by IGN shows Kratos suffering from the curse of immortality, unable to be free of his suffering–or his signature Blades of Chaos. The first issue is due to release on March 10 i.e today IGN has an exclusive preview of God of War: Fallen God, a new comic that aims to fill in the lost period in between God of War III and 2018's God of War. 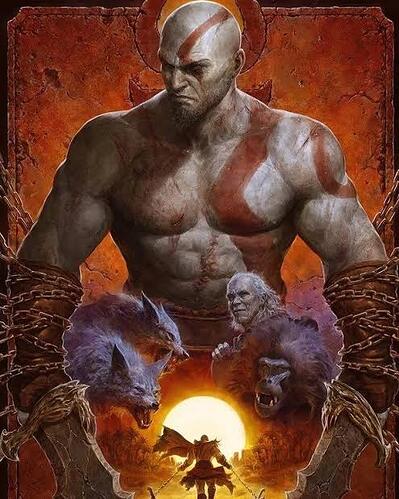