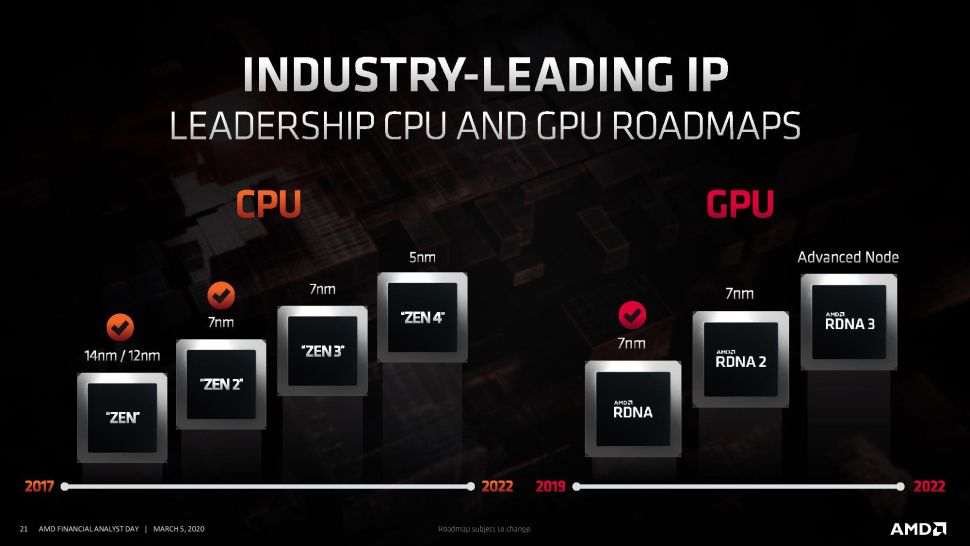 AMD’s whirlwind ride back into competitiveness in the semiconductor market has led to an unexpected process node advantage over Intel, with the 7nm process from TSMC, paired with the chiplet-based Zen architecture, bringing performance, power, and cost advantages over Intel’s competing chips. But the company isn’t stopping there. Today AMD unveiled its latest roadmaps at its Financial Analyst Day 2020, highlighting that it will continue to march ahead with new CPU microarchitectures and denser process nodes, all with the promise of offering step-function improvements at each new step along the path and a predictable and reliable release cadence, all of which have been a challenge for Intel while it remains mired on the 14nm node.