One leaked image on the internet shows that the RTX 3090 is having 24 GB of VRAM clocked at 19.5 Gbps, along with 5,248 CUDA cores. The second image shows three benchmarks comparing the RTX 3090 to the RTX 2080 Ti. The image does not tell what resolution was used, but the phrase “Ultra Settings” suggests that it is 4K. additionally, RTX was enabled, which is short for Deep Learning Super Sampling (DLSS). Apparently, the RTX 3090 will be over 2x faster than the RTX 2080 Ti in Control, 2x faster in Minecraft RTX, and around 1.75x faster in Wolfenstein: Youngblood. Rumour has it that NVIDIA will also launch the RTX 3070 and RTX 3080 in the event, so we should see some decent performance improvements from these cards compared to the current RTX cards. 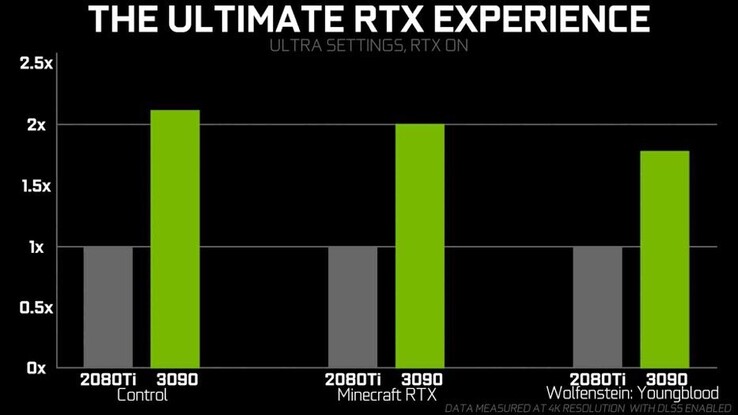