An image of Asus’ upcoming 3080 Ti graphics card has leaked, showing fans what could be the final design of the GPU. The card labeled the ROG STRIX GeForce 3080 Ti, boasts a 3 fan design and there appears to be RGB coloring towards the top, though it could simple color along the edge of the card. Videocardz, which originally released the photo, has affirmed that the image is real and comes from an “internal design proofing.” It’s possible that it’s simply a concept and not a final design. 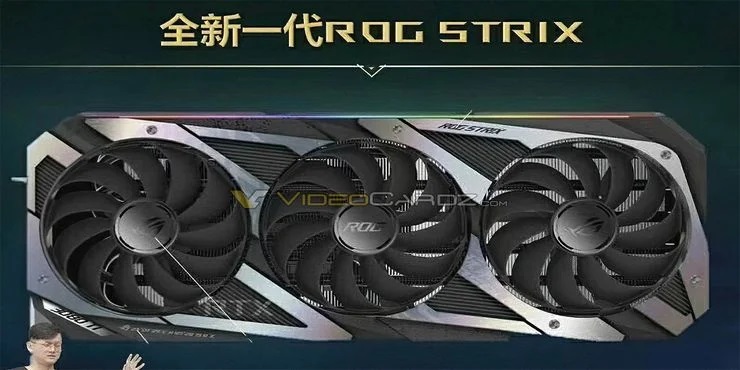