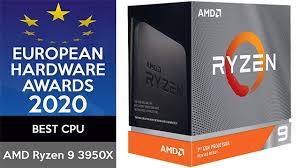 The European Hardware Association (EHA) has released details on its yearly awards and their winners.