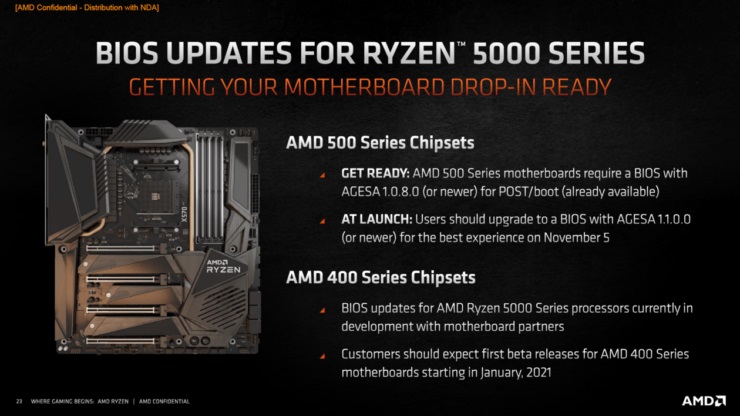 AMD recently announced Ryzen 5000 series processors based on the Zen 3 architecture and motherboard manufacturers have already started rolling out BIOS updates on 500 series motherboards as promised. The AMD Ryzen 5000 series features a 19% PC improvement and up to 16 cores. The flagship can boost up to 4.9 GHz and the company is claiming the fastest gaming processor crown that Intel was hoarding up till now. Interestingly, even 400 series chipsets will be getting the update to move to Zen 3 but this will not happen till January 2021.