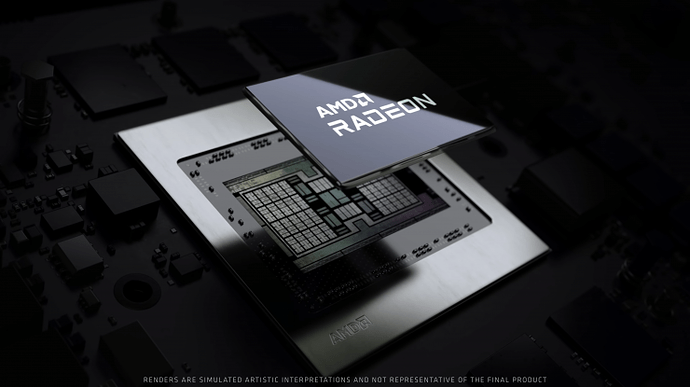 According to KittyYuko(who posted accurate information for Ampere GPUs months before release), the AMD Navi 33 GPU is allegedly going to feature the same specs as the Navi 21 GPU but will be based on the next-generation RDNA 3 GPU IP core. This means that we’re going to get the same performance as the existing Big Navi 21 (RDNA 2) GPU in mainstream graphics cards. This sure sounds too good to be true. As for specifications, if Navi 33 is similar to Navi 21, then we can expect a total of 80 compute units which will pack a total of 5120 stream processors. The interesting part is the previous rumor which has hinted that the Navi 31 GPU was also going to feature 80 compute units. It seems like the 80 CU rumor could also be true. AMD Navi 31 chips will feature dual 80 Compute Unit chipset dies, and each would feature 5120 cores. This would round up to a maximum of 160 Compute Units & a total of 10,240 stream processors. This would make up for a very hefty GPU design and we can also expect it to be based on a brand new process node such as TSMC’s 5nm. As of now, the next-gen parts still aren’t expected till the end of 2022 or early 2023 so treat this information with a slight grain of salt.