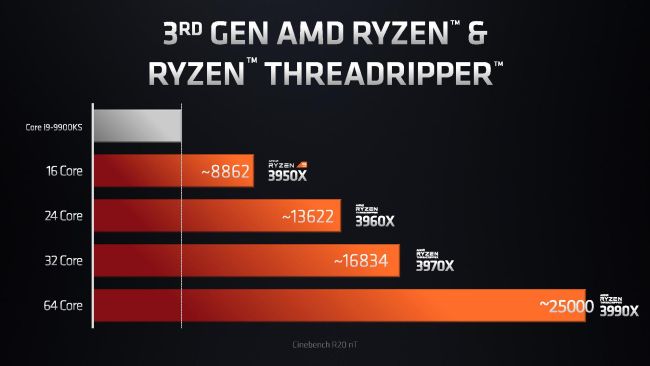 AMD’s launch of the Threadripper 3970X and 3960X marked the beginning of a new era of AMD dominance in the high end desktop market. These processors have so much horsepower that Intel doesn’t even have a response. But the Threadripper 3990X extends that lead even further. This new processor comes with the same 280W TDP as its counterparts, but forged with an unheard-of 64-cores and 128 threads. These cores operate at a 2.9 GHz base but boost up to 4.3 GHz. They also come with an unprecedented 288MB of L3 cache. This beast will come with a suggested pricing of $3,990 and will released on February 7, 2020.